Portfolio > Everyone is a Bathing Beauty

Drawing from George Bernard Shaw's classic play Pygmalion, with a Busby Berkeley twist, visitors to the Museum of Contemporary Art in Chicago performed in short, scripted scenes playing the role of Henry Higgins, Eliza Doolittle, or a supporting character. On July 27, at 7 pm, a large-scale Busby Berkeley dance scene utilizing audience members is performed and filmed on the MCA Plaza. During the week, audience members were invited to act in a scene wearing a minimal costume that represents the character. Scenes were edited by Duguid and presented the following day on television monitors in the gallery, culminating in a finished work. By the end of the week, the silent movie features numerous visitors acting as Higgins', Doolittle's, and supporting characters of varying age, gender, race, and physical appearances. 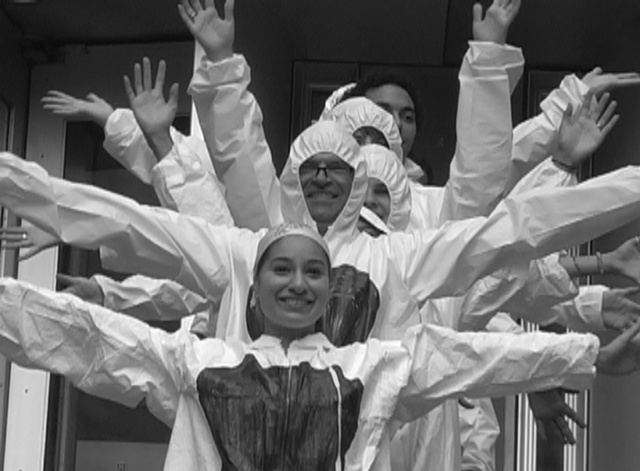