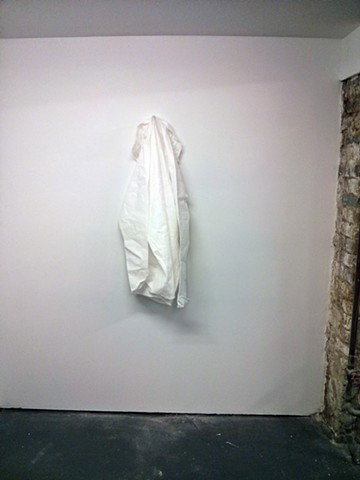 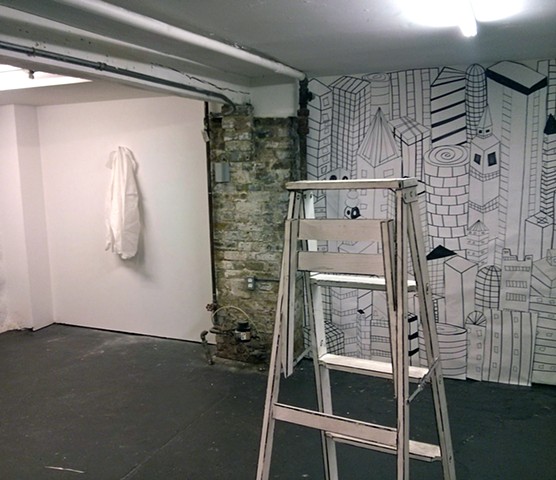 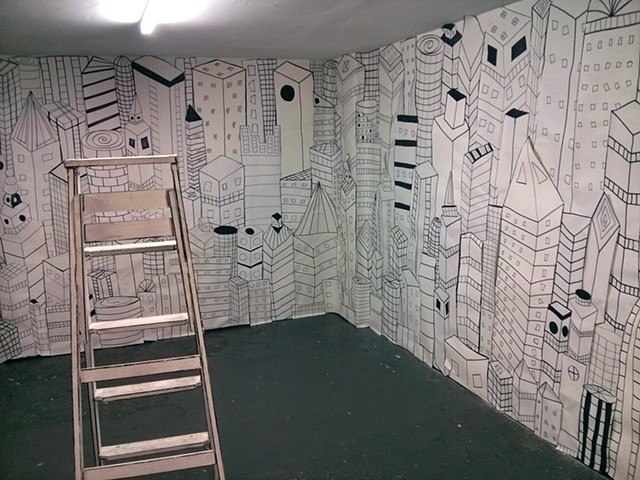 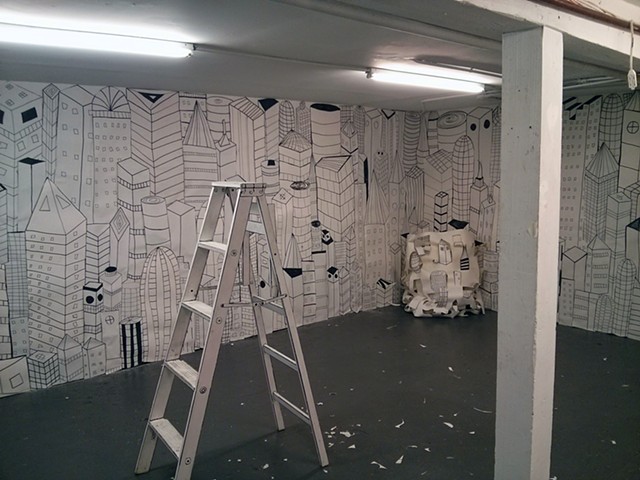 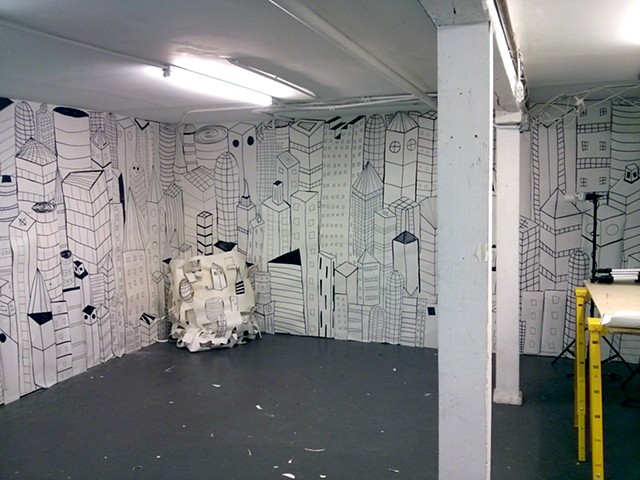 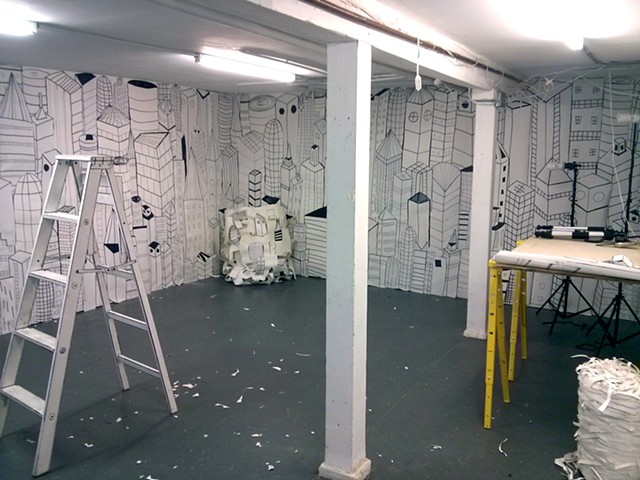 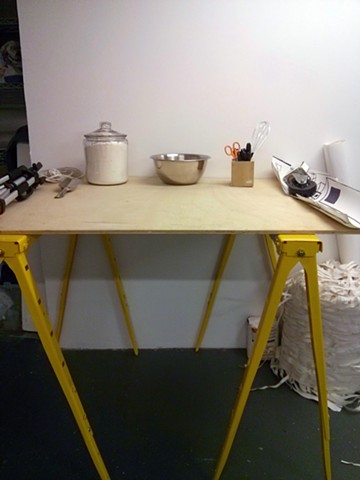 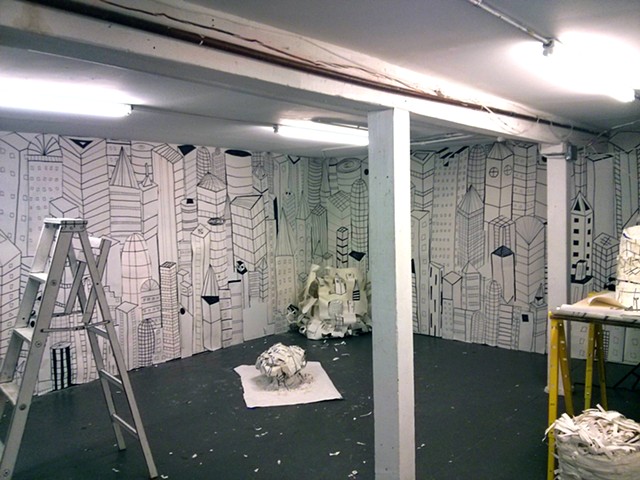 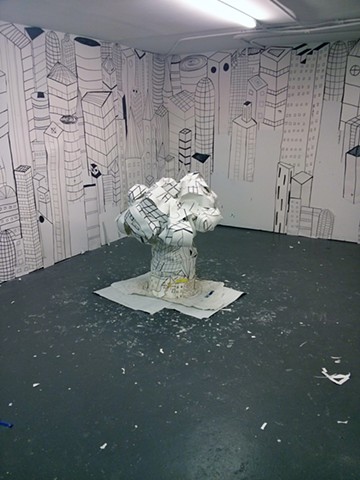 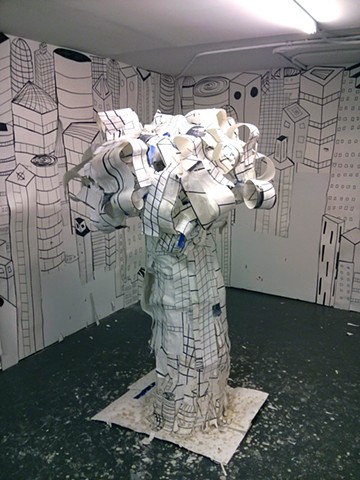 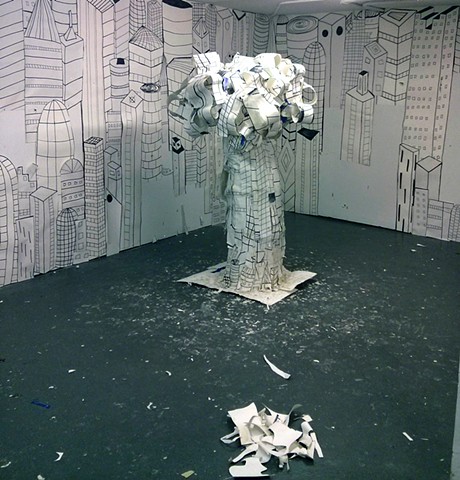 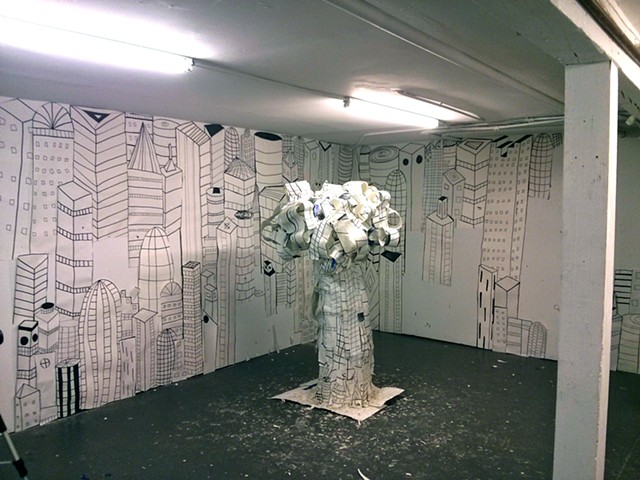 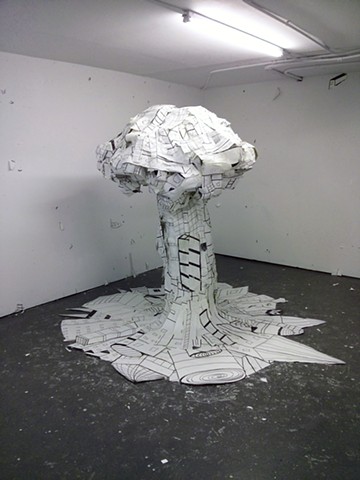 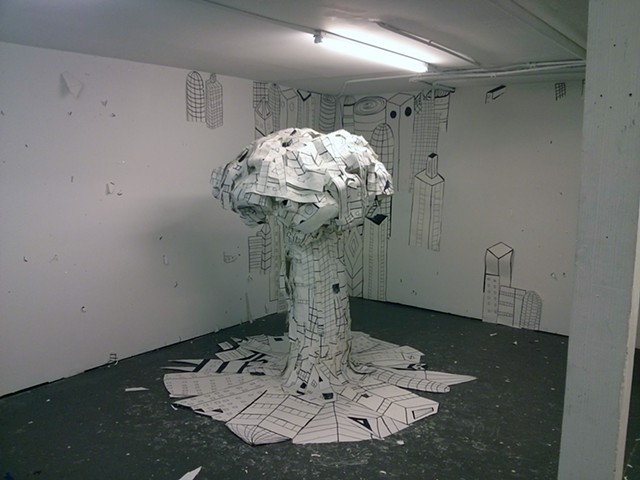 In this installation, I turned a paper city into a mushroom cloud during the run of the exhibition. The documentation of this action will become part of the credits for the Tramp Project.