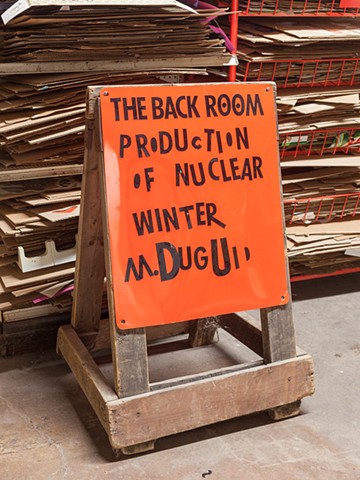 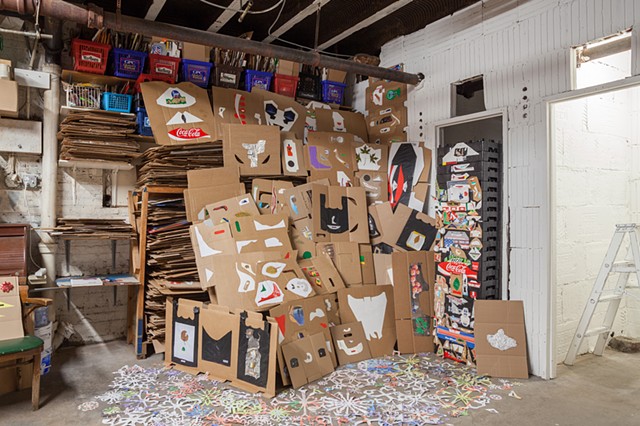 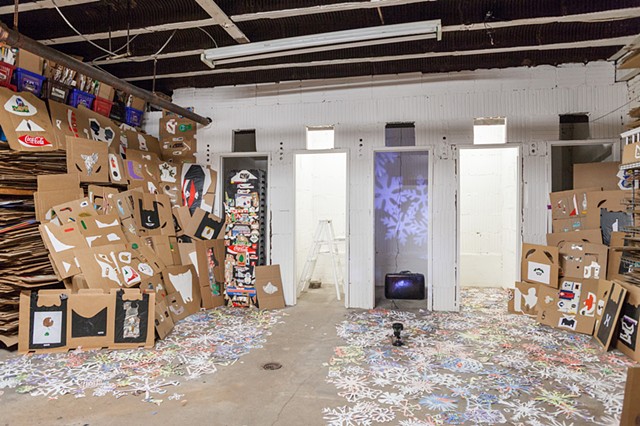 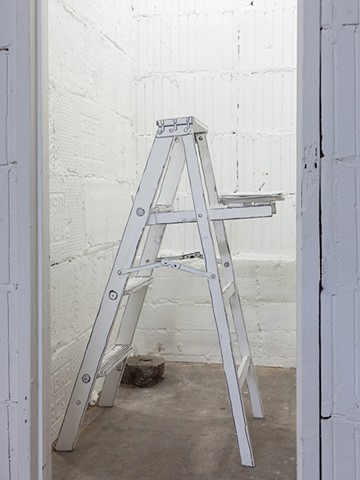 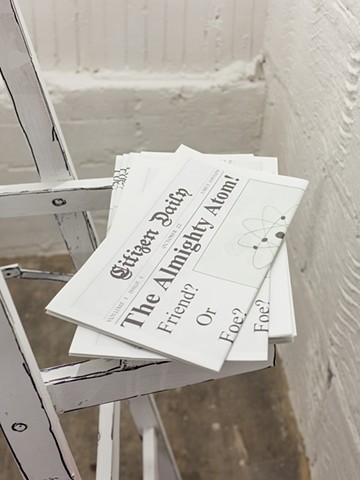 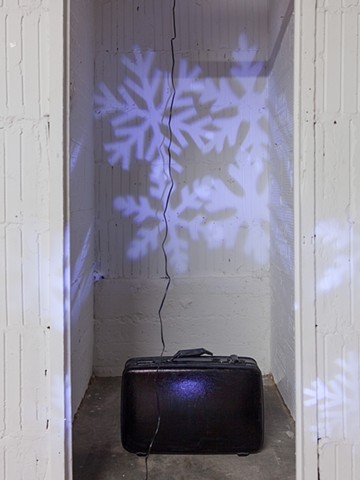 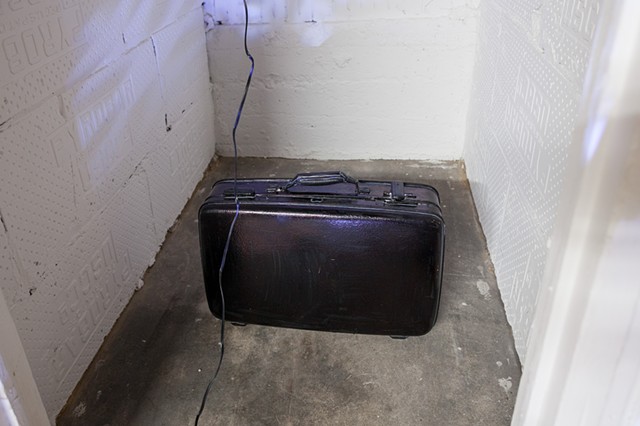 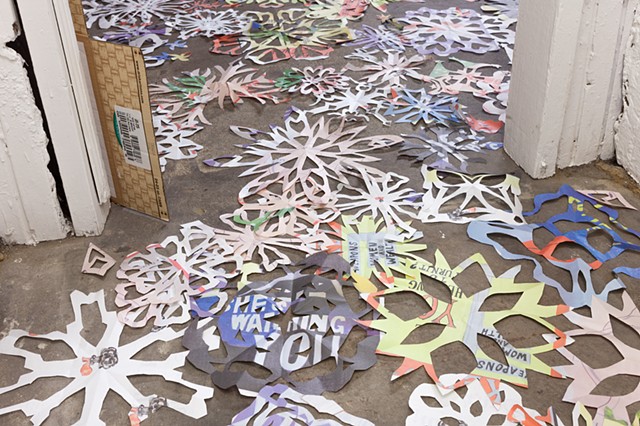 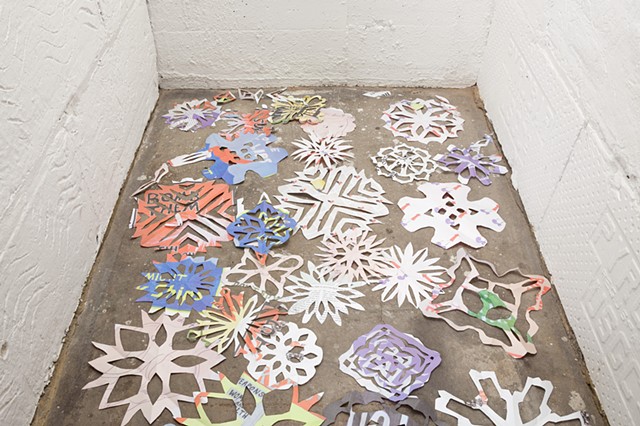 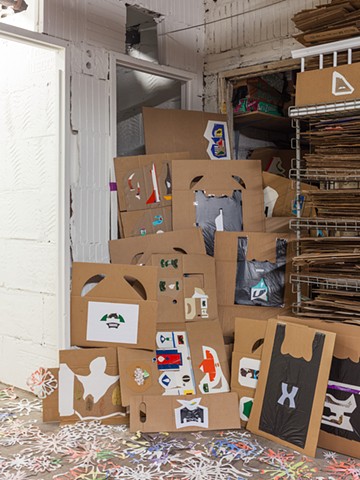 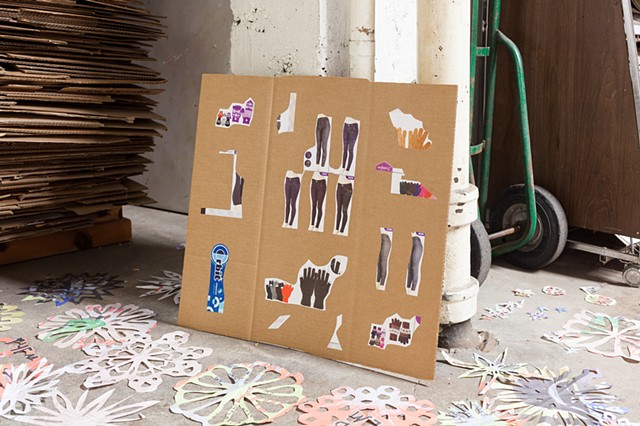 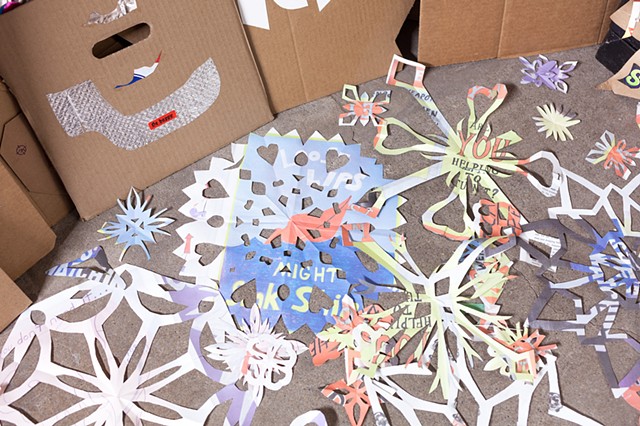 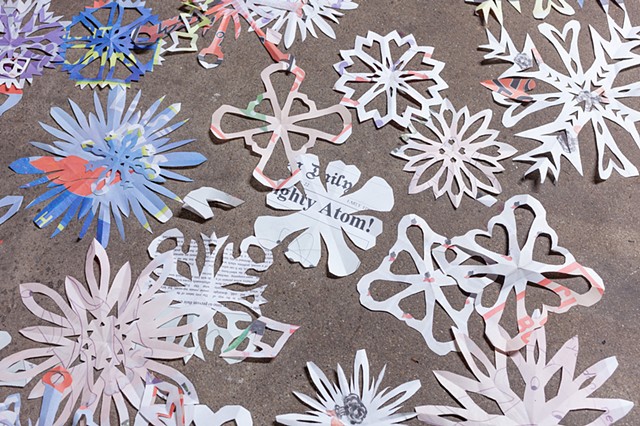 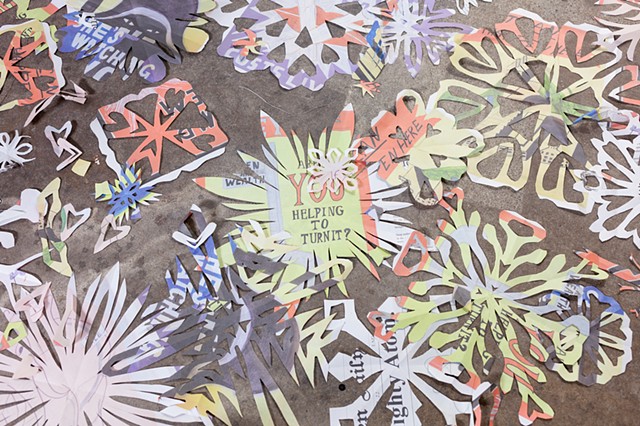 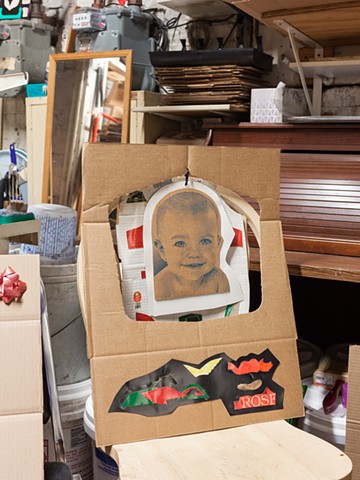 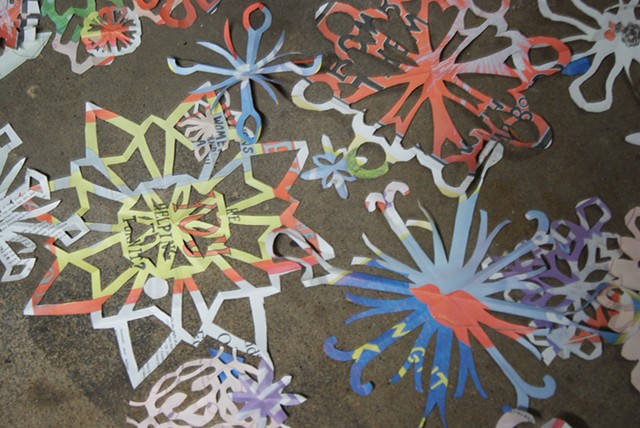 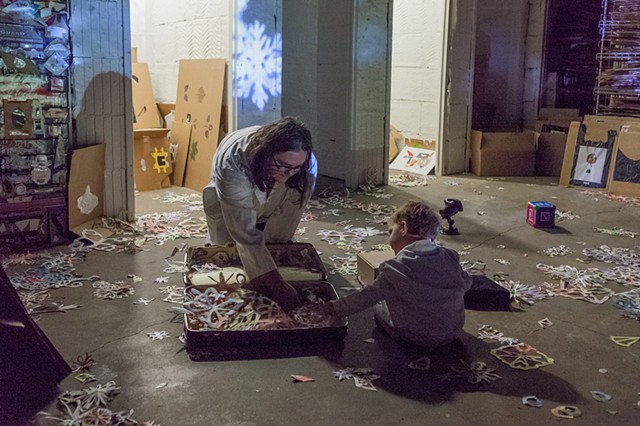 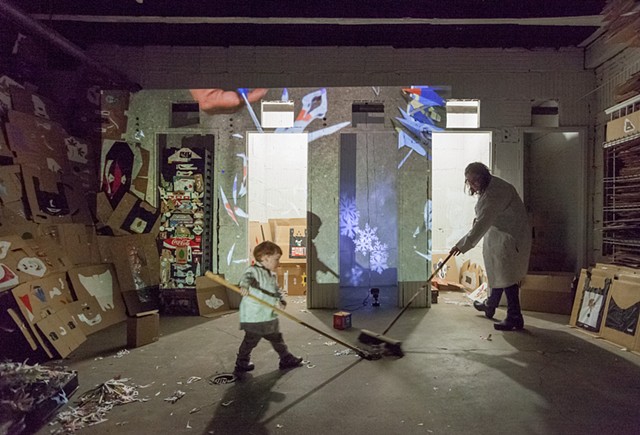 For Production of Nuclear Winter, I used The Back Room at Kim's Corner Food as an extension of her studio to generate Nuclear Winter. By carefully arranging and re-arranging Thomas Kong's collage inventory along with my hand-cut propaganda, I performed within a constructed winter landscape to create and document micro-installations throughout the space.

For the closing, I cleaned up the nuclear snow with the help of my 2 year old son. The documentation from this exhibition will be used as part of the Tramp Project.