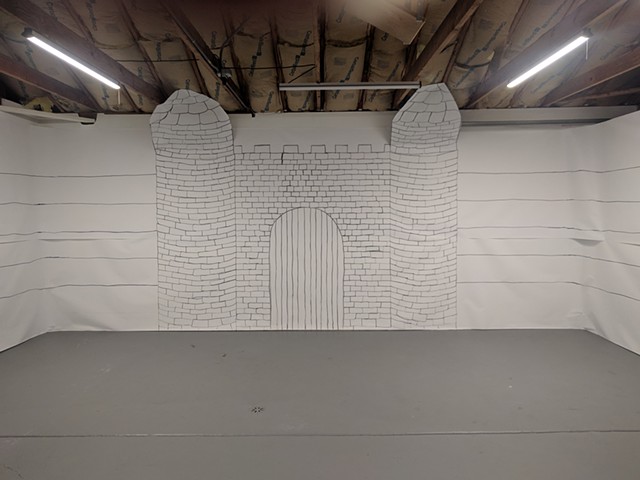 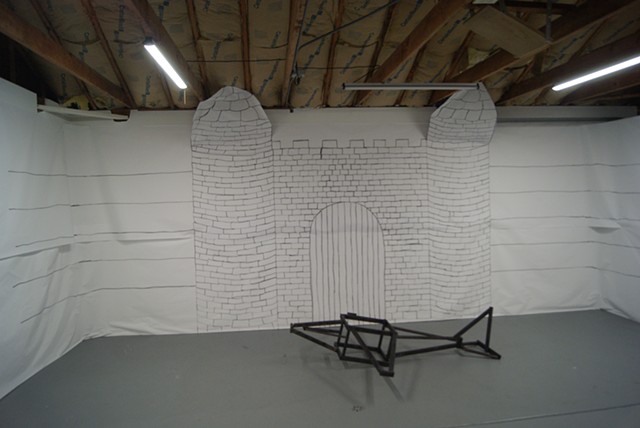 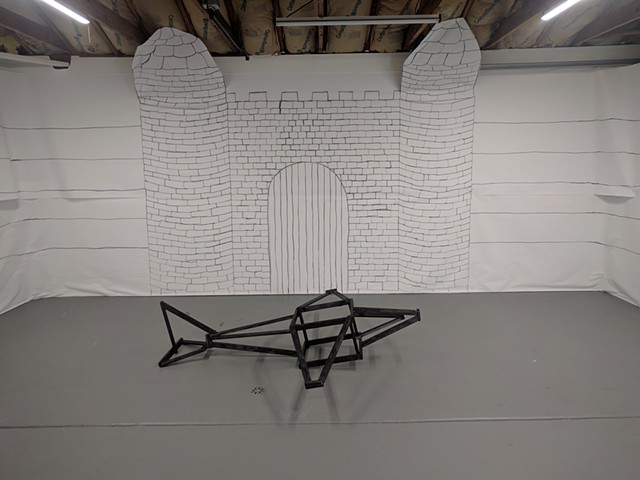 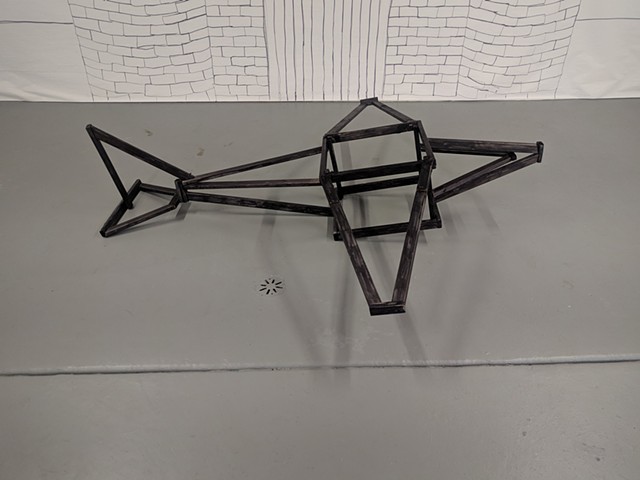 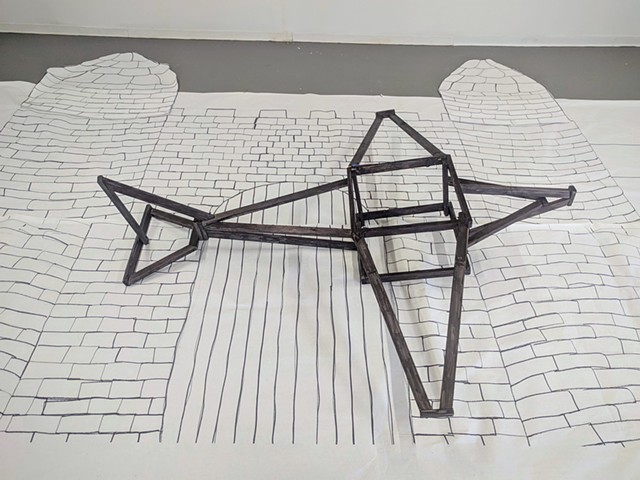 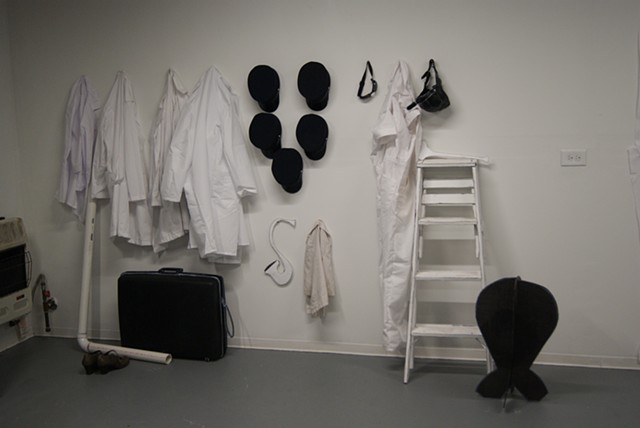 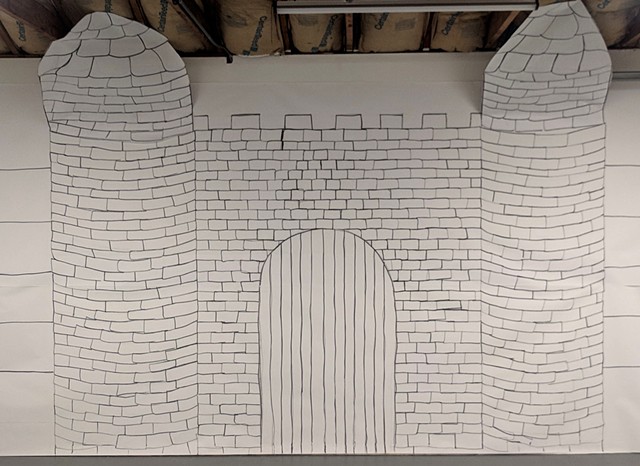 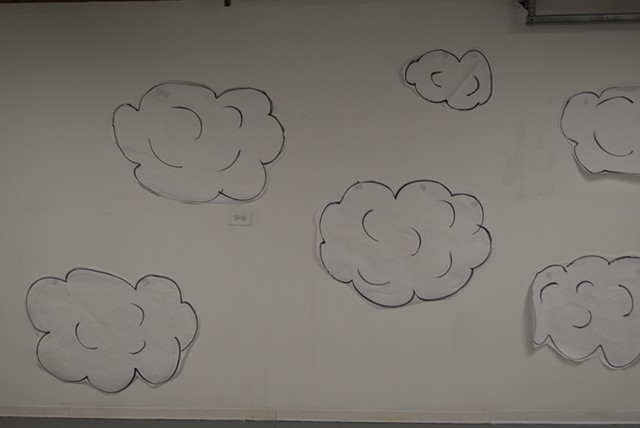 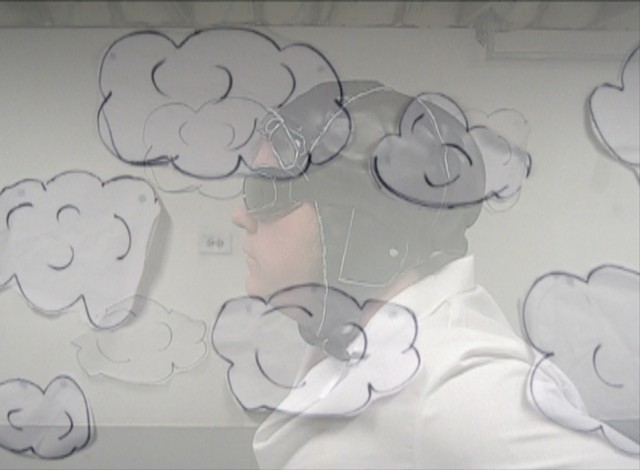 Parade for a Nuclear Bomb is a part of the Tramp Project. In this installation and performance, held at boundary a garage gallery in Beverly, I used the gallery as an extension of my studio to create a scene in which a parade for an atomic bomb is produced. I installed a scenic backdrop, a prop plane and bomb creating a scene in which a town excitedly prepares for the launch of an earth-destroying bomb.