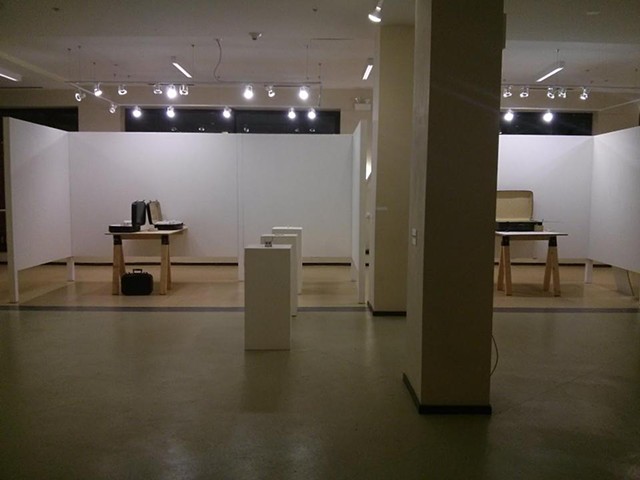 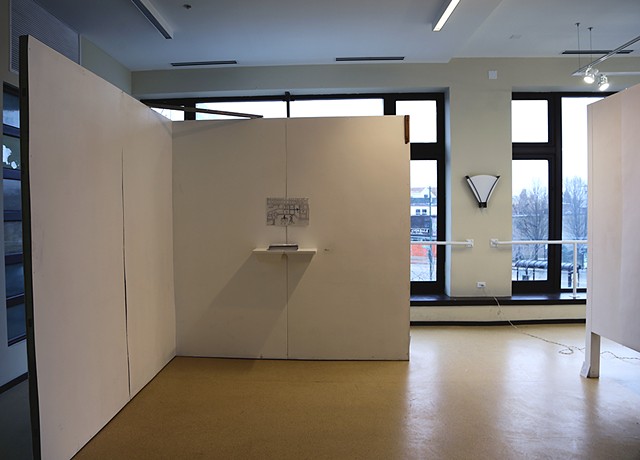 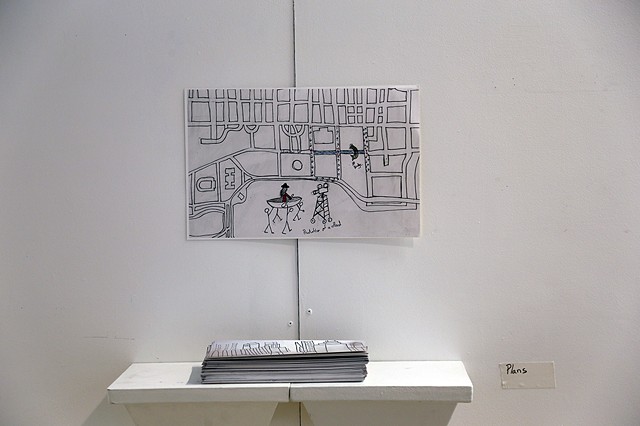 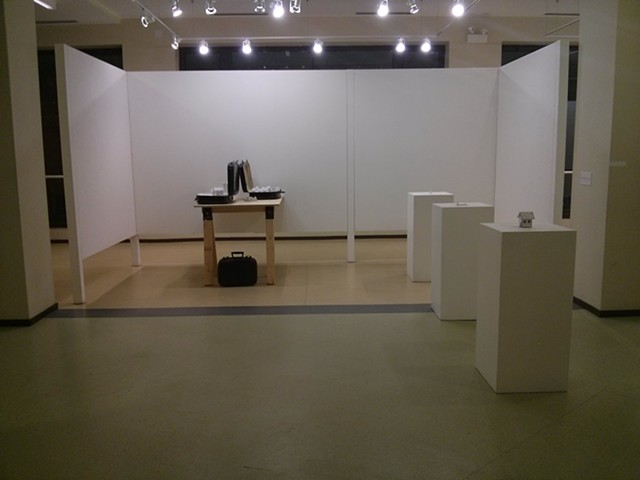 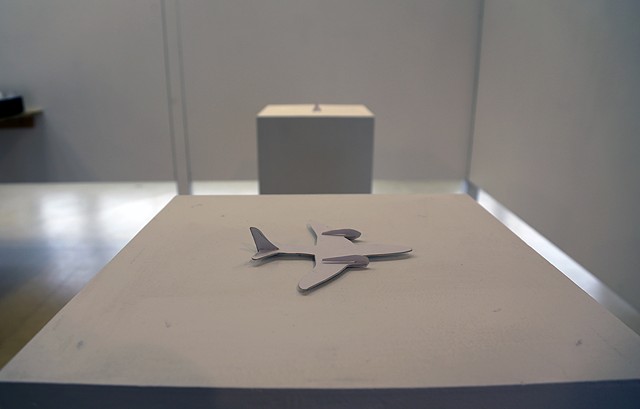 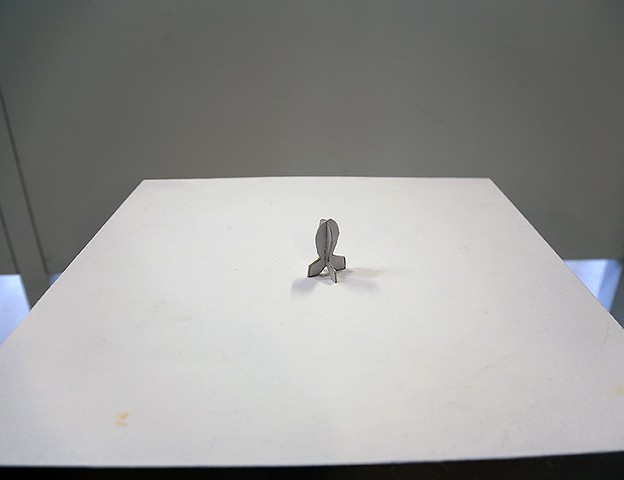 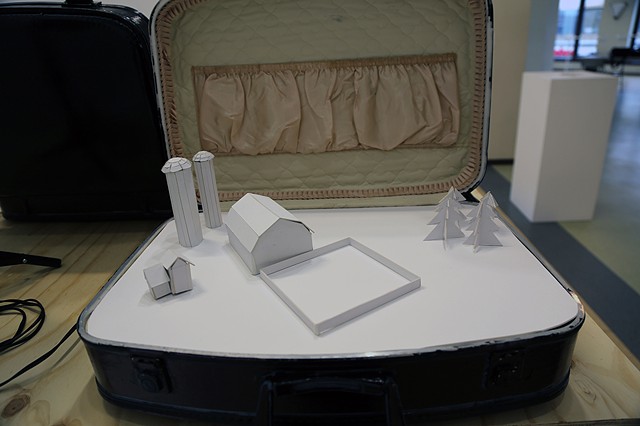 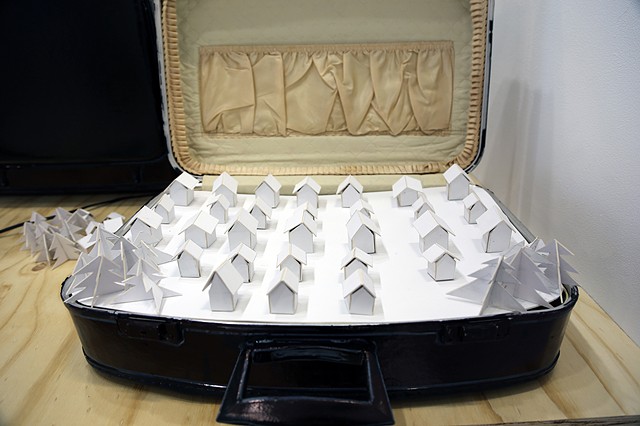 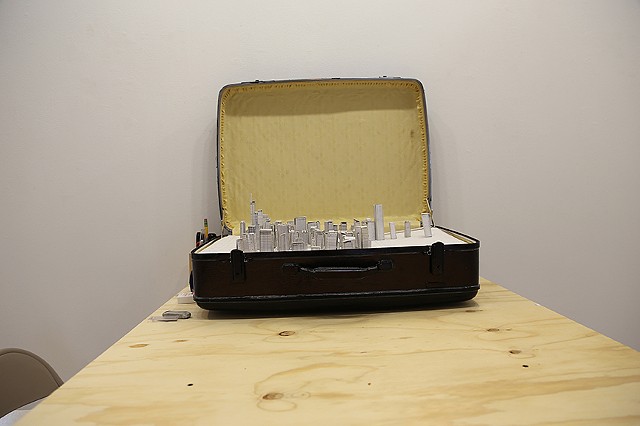 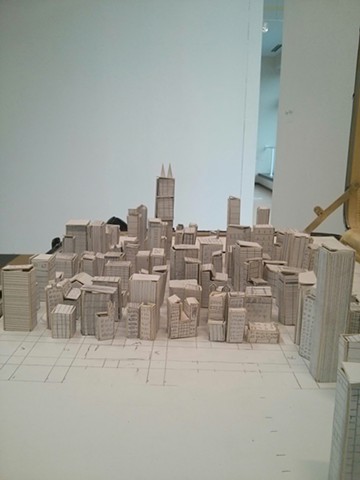 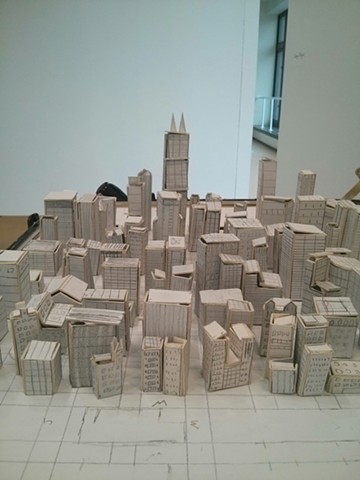 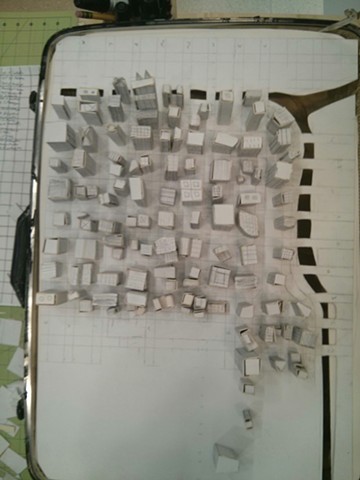 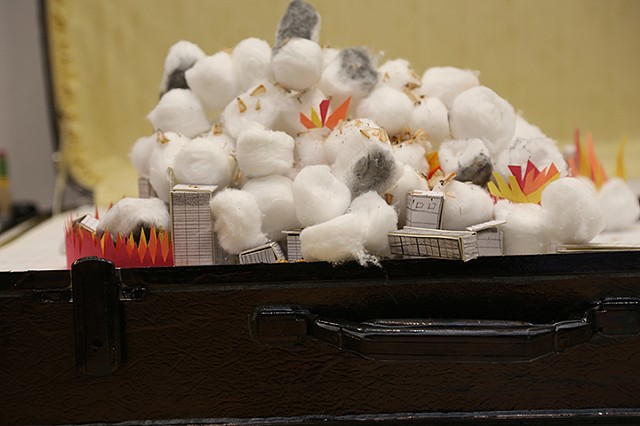 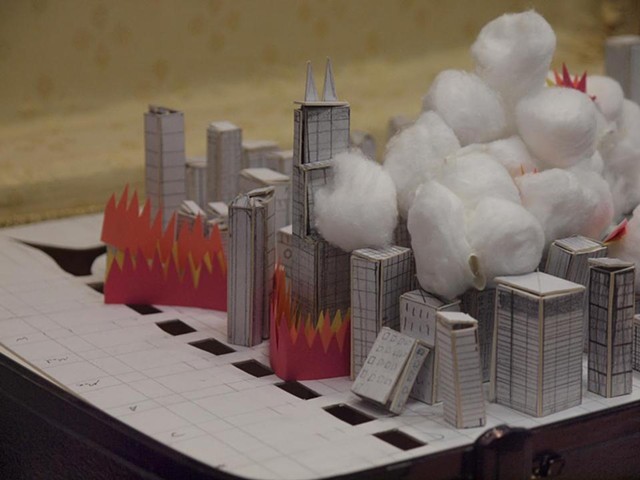 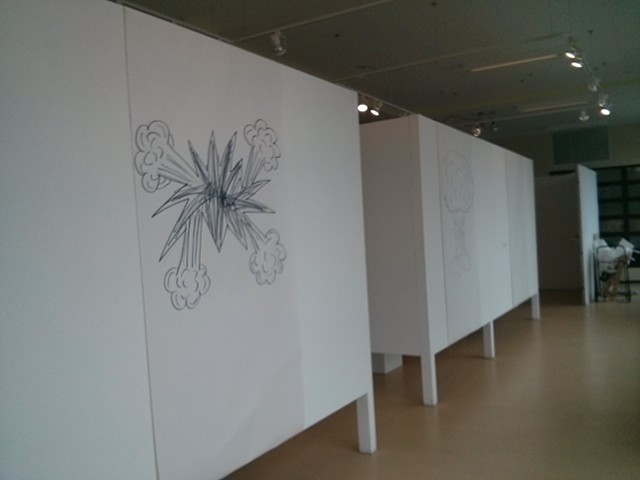 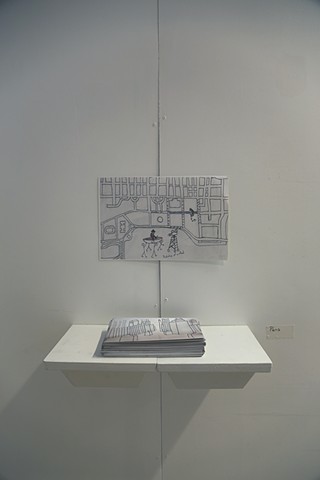 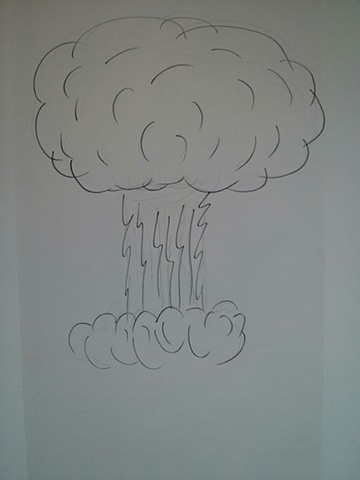 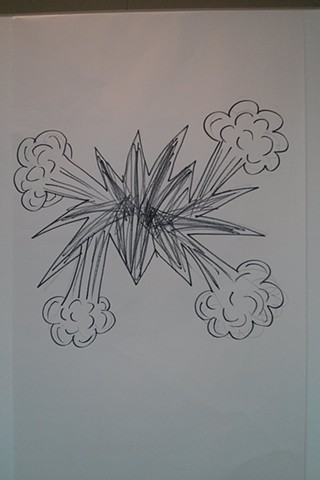 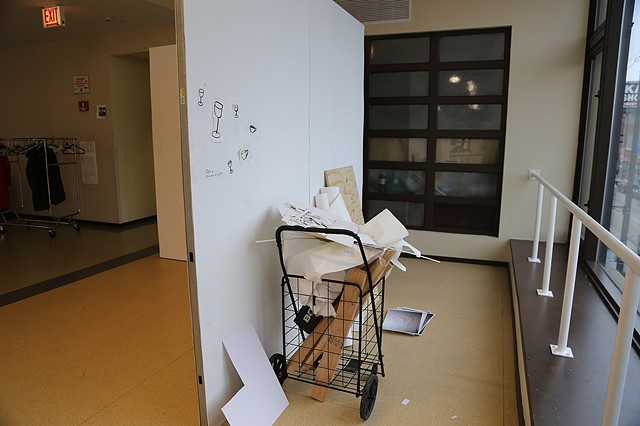 Production with Models was an installation in the Haripin Art Center where I built the city of Chicago, a scenic farm, and a suburb. These objects were fictitiously blown up at the closing to create a video of a super atomic bomb being detonated. The public was invited to help create this scene, by helping to shoot a stop-animation of the city on fire. The footage will be used as a part of the Tramp Project. These images show the installation and link to the stop-animation that was created collaboratively with 20 participants.